Get to know us a little better…don’t be shy, your mother wasn’t! 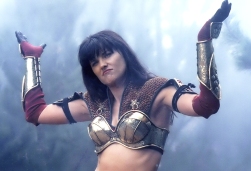 Bevianna Bones was born and raised in Salt Lake City, Utah. After 24 years of enjoying life in the good old SL,UT, on a whim I decided to uproot myself and move to San Antonio. Just because. I grew up with a strong education in all things geek, back in the days before it was actually sheik to be geek. I always knew there was a little something different about me, but growing up in an oppressive religious community, I kind of just figured I was just a tomboy. At 18, I figured out that while I was still a tomboy, I was also a big lesbo. I’ve been gaming for as long as I can remember, starting with the Atari 2600. In addition, my brother and I spent most of our childhood learning life lessons from the television and wonderful, wonderful world of 80s movies. So when my brother from another mother suggested we share our love for all things retro and geek, I said, “why not?” We hope you enjoy the blog and our unique sarcastic take on the world. 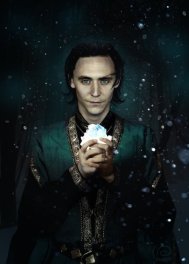 Joshie Jaxon was born and raised in Salt Lake City, Utah. I’ve been reading since I was 2, and gaming since I could hold a controller. I devour books, movies, and games; they provide a welcome escape from the harshness of the reality we live in. I was bullied all through school for being different, whether that was because I was a geek, or in the closet, is up for debate.

Currently, I write fantasy books that feature the full spectrum of human sexuality, in an attempt to give others strong and empowered characters that they can identify, and take refuge with.

With a 30 year history and collection of pop culture, games, and cartoons, I decided to team up with my sister, Bevianna Bones, to share that information with the world. I hope you enjoy my unique brand of humor and sarcasm. Let the geeks begin!

Bri Bones Growing up, I always knew I was different. At first I just assumed it was because I was smart in a school that regarded academics as far less important than athletics, and the fact that I wasn’t Mormon in the middle of the Holy Mormon Empire. Later I figured out all those things were true, but also that I liked guys.

I have an education in all things geek, and am old enough to remember having vintage Star Wars toys when they were new. My favorites would be Superman, MOTU, and all forms of space sci-fi. I also love musical theater, so much that I got a BFA in it, which is why I currently sell clothes.
I’m excited to be joining the GGG family along side of my biological sister Bevianna and honorary sister Joshie.