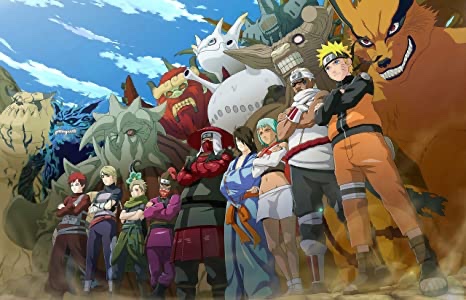 Greetings, geek fans! After years and years of watching, we’re talking over a decade if we count the original series, I’ve finally finished the Naruto series. Yes, I’m aware Boruto exists, and I may give it a chance, especially since we get to see familiar faces all grown up. For now though, I wanna talk about how this series wrapped up.

I know that the original manga was still being produced alongside the anime, and that causes a need for filler, but omfg did it feel like there was an excessive amount of it towards the end. Some of it was interesting, such as Itachi’s backstory, and the Akatsuki as a whole. While others, like the ninja ostrich, Kabuto’s history, and seeing nearly everyone’s dream when the endgame happened was almost too much. I watched on super fast forward, or skipped chunks altogether if they weren’t advancing the main story. By the end, after final confrontations were settled, it just felt like they were limping to the 500 episode mark. 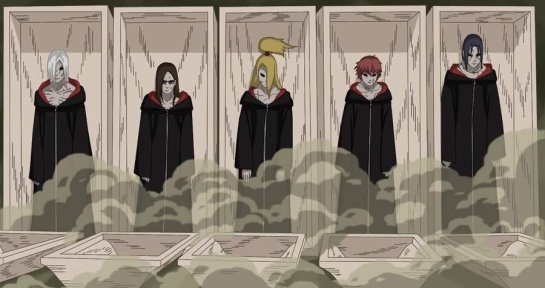 There were a great many things I enjoyed about the series as a whole, especially as I never read the entire manga. The revelation about Tobi/Obito was surprising. Though looking at young Obito’s hair, and how Tobi kept his, it wasn’t much of a stretch, but it was still awesome to find out he was the mastermind of everything since before Naruto was born. Being the one to cause his master’s death, as well as his wife, wow. They even gave him a decent redemption arc there at the end. Granted, that’s cause there was worse out there.

The idea that Madara was alive was hinted at by Tobi, when he claimed that’s who he was. It wasn’t until Kabuto used the reanimation and showed Tobi just why his claim was impossible that things got good. I loved most of the reanimation fights. They were somewhat filler on their own at times, but it at least felt plot related, as opposed to just flashbacks of what people were doing while Naruto was off training. Though I will admit, I laughed way too hard at Konohamaru using the sexy jutsu to try and master the rasengan. That was more entertainment Thani thought I was going to get. Once Madara entered things, and was taking on the five great nation leaders, it was everything I wanted in a villain, and while I wasn’t rooting for him like I do most villains, a small part of me did. In particular, once he sat down to wait for the original Hokage, rather than fighting a clone. Series could’ve ended with him winning, and I’d have been kind of ok with it.

Then they had to go and add Kaguya. I get it, again, waiting for the manga to finish. Intended or not, her involvement felt tacked on, and filler-y. We had to try and want to care and I found myself checking out. They gave us backstory, and it implied she was alien or celestial, with others coming, that never did. At least with Super Gramps Sage, we’d heard the name through the series leading up to that point. She was an unknown, but was all-powerful, so her identity and such were lost to time, while the Sage of Six Paths wasn’t? I don’t buy it. Her inclusion sucked, and I see no reason that she needed to be part of anything at all. That’s just me though.

I enjoy getting to see a fully powered Naruto and Sasuke fight, but there’s still something that bothers me. When watching strictly for the main story, the great ninja war essentially takes place over two full days. Dawn of the third day, those two go have a showdown, after literally fighting for the world all night, with no food or sleep. Even Vegeta at the end of DBZ acknowledged that Goku was stronger, and put it to rest. Well, until Super. At the very least, Sasuke should’ve wanted to fight Naruto once they’d both rested, and were at full strength. Who wants to have a rivalry-defining match when they’re not their best. Raise your left hand. C’mon, Sasuke. Oh, too soon? My bad.

A final issue I had, though it was just a minor one. I don’t see why Obito couldn’t have told Naruto, Sakura or Kakashi to grab his eyes before he turned to dust. It makes no sense to me to remove such an important part of the series and character, to leave the copy ninja without the ability to still do so. Again, these things are just a few notes that the storyteller in me had reservations about. I love the series as a whole, and love the voice acting done within it. Maybe some of it got addressed in Boruto. I dunno yet. Until next time, stay geeky and keep gabbing!