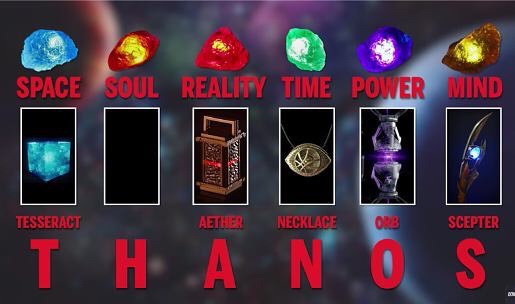 Greetings, geek fans! I’ll be quick for now, as I’m waiting to board a flight. However, having seen Infinity War twice in as many days, I need to comment on it. I’ve noticed a lot of people saying that the THANOS name theory for stone locations was broken with Infinity War. It wasn’t. Here’s why.

Everyone assumed it would be Heimdall, what with the orange eyes, and being all-seeing. However, it turned out to be Gamora. Oh no! The internet cried. Our beloved theory! It’s still there. In one of two ways.

First, HERR Schmidt aka Red Skull. You know, from HYDRA!

Complete left field insert that was a pleasant surprise.

Second is Gamora herself. Thanos’ HEIR!

Jaw drop! Gasp! Pearl clutch! That’s right. It was HER all along!

THANOS theory holds up! I have more on Infinity War, but for now it’s time to fly home. Until next time, stay geeky, and keep gabbing!