It’s Star Wars day!!! May the Fourth be with you!!! Yay puns!!! We’ve created a holiday out of a pun!!  What a world we live in!!! What are you waiting for?? Jump on your snowspeeder and zip around the ice fields on Hoth and take out those AT-AT walkers!!

In the world of video games, there has always been video game crossovers of popular movies, even back in the days of the Atari 2600. If it was a blockbuster, why not make games and toys and capitalize off its success? It’s a tried and true formula that either works out successfully for developers, or becomes an epic fail for them and bankrupts their company. 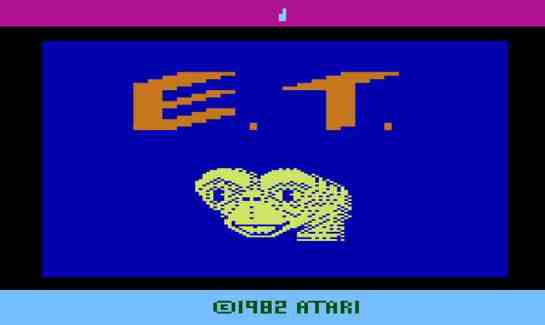 Sorry Atari, no T no shade.

Today, in “honor” of Star Wars day, lets talk about one that worked. Empire Strikes Back for Atari 2600.  They made several Star Wars games for the VCS, but Empire was one of the best. Better than Jedi Battle, Ewok Adventure, Return of the Jedi, and Star Wars Arcade.

If you go out in the woods today…EWOK!

It’s also more engaging than most of the SW video games in general. X-Wing vs Tie Fighter. Shadows of the Empire. Rebel Assault. Episode I Pod Racer.  Battlefront.

The game that let you kill them…kill them all!

Empire strikes back is a side scrolling shooter where you control a snowspeeder and have to take down AT-AT walkers that are “moving” towards the rebel base. Fire upon them and control your ship in spastic fashion until they fall. As you attack, their bomb door will open and a well placed shot in the sweet spot will take them down.

That’s it that’s all I’ve got. These games aren’t very involved. But that doesn’t mean they aren’t a good time or a challenge.  And as I’ve said before, one of my favorite parts about these old games is how they sell it.  Enjoy! 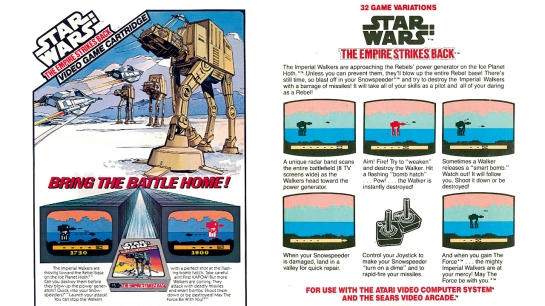