After watching the final four episode of RuPaul’s Drag Race last week, it got me thinking. In the episode, on the final runway, Ru shows each of them a picture of their younger selves, and asked them what they would say. It inspired me to think about what I’d say to a younger Joshie. 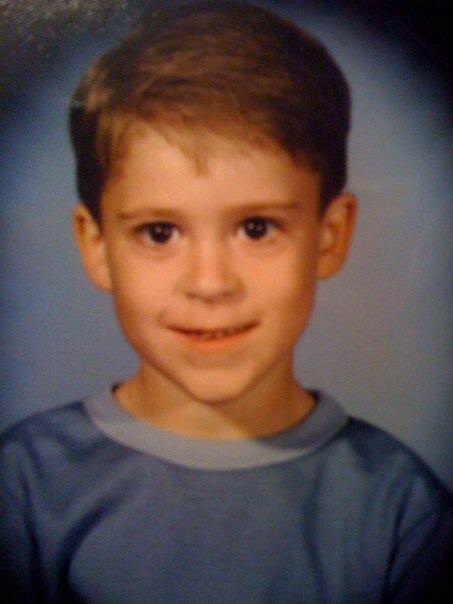 I grew up in the 80’s and 90’s. For the longest time I knew I was different, but I never knew how. While I didn’t exactly know what gay was, I did know I was drawn to guys. I’d experimented with a childhood friend as a kid. I’d steal glances during gym class. Some of that is natural curiosity, but with the later introduction of hormones, I knew what sex I was drawn to. I got my first job at 15, and within a year, one of the supervisors there asked if I was gay. The default reaction of “no” was given. She told me if I wasn’t, I may want to work on my mannerisms. To this day I have no idea what she was talking about. I just behaved the way I did everyday. There weren’t a lot of gay characters in the tv/movies I was exposed to. It wasn’t as though I was absorbing gay culture and already claiming the pieces of it I wanted for myself. Although maybe I was. Who knows? 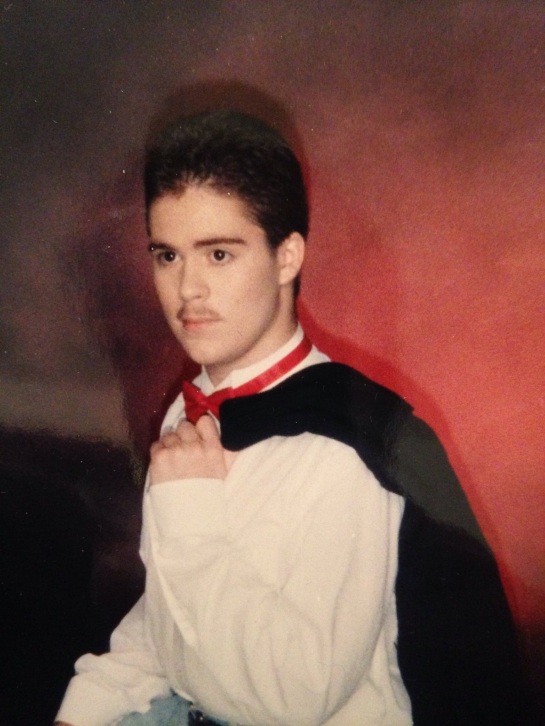 At a later job, when I was in high school, one of my coworkers used to refer to me as mariposa, while another told me that the Tongan translation of my name was fakaleiti. Dunno if I spelled that last word right or not, but my point is, both are derogatory terms for a homosexual. They may as well have been calling me faggot. I didn’t come out until after high school, and didn’t have the strength I do now. If I did, I’d have done something about it, rather than silently taking it. I’m glad that today’s generation is able to be out, take their dates to dances, and not have to hide in a closet. I was fortunate, in that I was never physically assaulted. I know those that came before me would probably have loved to have had my experience over their own. 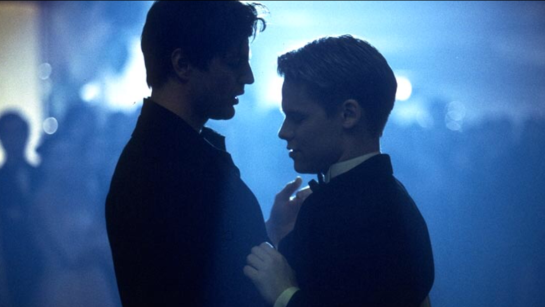 That being said, our progress is far from done. I mentioned earlier not having any role models in tv/movies. When they finally did come along, we got Will & Grace. I loved this show when it was new, but time has altered that view slightly. Where I was once entertained, and glad there were gay characters on tv, I’m now a tad offended by some of it. Don’t get me wrong, any exposure is good exposure, but homogenized/sexless characters aren’t going to help make people see our community as it is. Showing the world a watered down version of gay people does nothing. Admittedly, overly flamboyant people still make me a little uncomfortable. However, I acknowledge that only goes back to my point about not being exposed to a variety of characters, only stereotypes, coupled with societal definitions of acceptable.

Speaking of stereotypes, Queer as Folk came along right around the time I came out. I recall people being very upset about it’s blatant usage of drugs/alcohol/sex. Some praised it for it’s realistic portrayals, while others slammed it saying it made the community as a whole look bad. I wasn’t in either camp. I wasn’t connected to my community back then, and I also didn’t see myself in their characters. The closest I related to was poor Michael. Loving mother, never knew his dad, a geek. My comic love never got to the point his did, but considering I co-founded a geek blog, maybe it did. While I didn’t see them as stripped down characters, they also seemed rather extreme sometimes. I believe they were needed culturally. We still need more exposure for all facets of our community; Comic relief, sexless professionals, drug fueled horn dogs, loving parents, depressed singles, people with HIV, religious, atheists, all of it. The more we’re seen, good light or bad, it helps normalize us, and brings us one step closer to equality.

We aren’t going to progress until we evolve past the need for mainstream America’s acceptance. Every time we shy away from a PDA, or feel the need to censor ourselves when speaking to others about our lives, we’re giving those in charge permission to treat us like the second class citizens they think we are. If they are uncomfortable, that’s their issue, not ours, and we need to stop taking ownership of it. We deserve to live our lives the way everyone else does. Not by streamlining it to what’s accepted, but by living without apology for being the fabulous people we are. 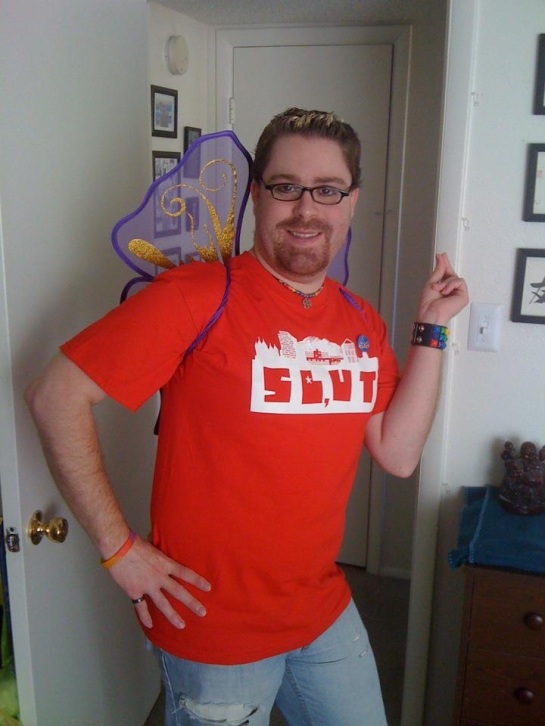 That brings me back to my point. What I would tell my childhood self is this; things are going to happen to you. They aren’t your fault. You can’t control the world, but you can control your reactions to it. Friends can be enemies in disguise, and vice a versa. Everyone is going through their own struggle, and may use you as a target. Sometimes the best thing you can do for someone is help bear the brunt of their burden for them. Be confident as yourself, whoever that may be. Life will get better. You will find your place in it, and make your mark on it. Do your best to help show those what they can’t see. That will change the world.