The Legend of Zelda has been around since 1986. In it’s nearly 30 year run on every Nintendo format, consisting of 17 official games, the series has had it’s share of moments that made fans go WTF?!

I’m not ranking these, that’s for fans and message boards to decide. I’m just here to get the conversation started. I will be doing these in chronological order, by release date. Warning of potential spoilers, but most if not all of these should be common knowledge at this point. Let the geeks begin!

The second entry in the series has more than it’s fair share of WTF moments. From the start, we notice that this isn’t the same look as the original. Rather than a strictly top down view, we’re treated to a side-scrolling platformer. That is until we leave the castle. Then we’re dealing with a very mini Link traveling the landscape, as dark shadows converge on our location. Once they make contact, we’re taken back to the side scrolling action. If that didn’t have enough people scratching their heads, this game also featured a level mechanic, normally seen in RPG’s. As you progressed through the game your health, magic, and attack would increase. But wait, there’s more. Link can jump with the push of a button, something not really repeated since. He can also transform into a fairy. The biggest WTF of this was the premier of Shadow/Dark Link. Now it’s a common occurrence, but back in 1987, fighting ourselves for the first time, had many players thinking, what the…?

Link’s one and only outing on the SNES brought incredible graphics, boss fights, power ups, and an fantastic story. Even with the addition of Ocarina of Time years later, many fans consider this to be one of the greatest entries in series history. It gives us the first real view that the games in the series could be tied together, though not directly related in a sequential order. In the Adventure of Link, when the player dies, we hear laughter, with a screen showing Return of Ganon. In this game, he’s really nowhere to be seen. Instead we deal with a dark wizard, Agahnim. That leads me to the WTF moment of this game. You beat Agahnim for the second time, and before you can really celebrate, a familiar looking spirit escapes his body. Later, in the dark pyramid, we learn that in this game, Agahnim is Ganon’s alter ego. The first time that happened, I just stared at the screen in disbelief. Link turning into a bunny in the dark world was funny, but Ganon back in your face? What the…?

This was Link’s first handheld adventure. Link’s boat crashes, and he washes up on an unfamiliar island. That’s right, no Hyrule, no Zelda, no Triforce, nothing we’ve seen before. The goal of this game is to gather instruments so that the Wind Fish can wake up, and Link can escape the island. The giant WTF takes place after beating all the nightmares. Once the Wind Fish wakes, the island of Koholint will disappear. The entire place is nothing more than the Wind Fish’s dream. Link plays the Song of Awakening, and we get to see all the characters we grew attached to, fade into nothingness. Looking back on it, we should have seen it coming. There were Goombas, Chain Chomp, Yoshi Dolls, and Muru that looks exactly like Wart, the big bad of SMB2, which, spoiler alert, was also a dream. Well played, Nintendo, well played.

Alright, everyone knows what this one is going to be. Even if you never played the original on the N64, it was re-released on the 3DS. It is widely regarded as the greatest Zelda game ever, if not one of the greatest of all time. The set up for this moment doesn’t begin until you wake up in the Temple of Time as adult Link. Players are introduced to a Sheikah named Sheik. Sheik sets us on our path, and says some rather cryptic things as he uses his harp to teach the warp song at each of the temples in the game. Once all of the sages have been awakened, Sheik lets Link know what has been going on, and apologizes for keeping the truth from him. Sheik’s hand glows with the Triforce symbol, and it is revealed that Sheik is in fact, Princess Zelda. For some, this moment wasn’t a big shock, but for me, in a no internet access point in my life, there was no spoiler. When Zelda was revealed, it was an epic and defining moment in gaming.

This whole game is a bit of a mind freak. As a direct sequel to Ocarina of Time, kid Link falls victim to the Skull Kid, and is transformed into a Deku Scrub. As the game progresses, he also takes the form of a dead Goron, Darmani, and dead Zora, Mikau. That’s right, Link takes on the form of some of the series’ various races, but, you know, dead. Do you know why he does it, Clarice? Why he takes their skins? Anyhow, since Majora’s Mask was recently re-released, I’m sure it’s fresh on everyone’s mind. That being said, the WTF moment of this game for me, takes place at Romani Ranch on the first night. Link has to help defend the ranch from aliens. Seriously, Cow. Snatching. Aliens. Of all the absurd and crazy things in this game, and becoming dead people was a biggie, but that’s the one that had me scratching my head, saying What the…?

Wind Waker is one of my all time favorite games in the series. The cel-shading, and bright cartoony vibe made for some spectacular visuals. Most die-hard fans, however, hated the look of this game. They expected something more lifelike, since the GameCube was the most advanced Nintendo system of the day. That already had people uttering WTF?! Those of us who played through it got to experience that moment for several other reasons. First, after conquering the Tower of the Gods, we get to experience a castle suspended in time, that turns out to be Hyrule Castle. Not only that, we learn that the voice of our ship, is none of than the King of Hyrule himself. Don’t gasp yet, there’s more. Tetra, our mouthy pirate friend, is actually Princess Zelda. That one was a slight gasp. After all, in Ocarina we had the Zelda is a character who’s been in front of you the whole time moment. No, the real shocker in this game is the ending. It’s one of the best, and surprisingly graphic, despite it’s art style, in the history of the franchise. Link takes the master sword, and plunges it right into Ganon’s head, on camera. We see the whole thing. As Ganon turned to stone, I swear I let out an audible, What the…?

As the Wii emerged, those of is who only had GameCube were happy to hear that Twilight Princess would be released on both consoles. I really didn’t want to miss out on this adventure. It is visually stunning, and another one of my all time favorites. Link is transformed into a wolf, and gives the player a chance to experience Hyrule in a whole new way. We also get Midna, who is one of the greatest in-game companions ever. Agatha the insect queen was more of a um, ok, moment for me, rather than a WTF. I just wanted to mention her here. The reveal of Midna as the titular character was so predictable you could see it from space. However, when we meet hooded Zelda, I considered for a moment that it could be her. That is of course until Midna gets injured, and wolf-Link has to get her to Zelda, stat. Midna is prepared to die, and tells Zelda to help Link finish his quest. In a jaw-dropping moment, Zelda uses the power of the Triforce to restore Link to human form, then she sacrifices herself to heal Midna. Having Zelda seemingly die at the end of the first act was a definite What the F…?

My final moment on this post is brought to you by Skyward Sword. For all your sword needs, look Skyward. Our Fi’s are very reasonable. Lame joke, but I stand by it. You’ve come with me this far, let’s get through this together. Since this game sets the start of the current chronology, a lot happens. The master sword is forged during the events of our quest. Zelda is purified to be a vessel for the goddess Hylia. The final boss battles of this game, and it’s ending, in a word, wow. First of all, while I loved the motion mechanic of having to swing the right direction to hit Ghirahim, the third time around it was just annoying. The ending was so close, and I had to deal with that nonsense. Ugh! After beating his several incarnations, you think all is said and done. Wrong! Ghirahim’s master, Demise, shows up, and essentially turns Ghirahim into his weapon. The flamboyant villain we’ve been fighting all game isn’t the final boss? What?! Demise is a pain in the ass, but I was able to beat him on the second attempt. Side note, got the Hylian shield on my first boss run with the Thunder Dragon. Anyhow, when Demise is defeated, he threatens that his evil will continue to be reborn through the generations, and that he will plague Zelda and Link for all time. That’s creepy and all, but the entire game, literally, from the first time I saw him, I was waiting for Groose to succumb to darkness, and become Ganon. When he didn’t, I was disappointed. I looked at my roommate and said, Really? What the fuck? 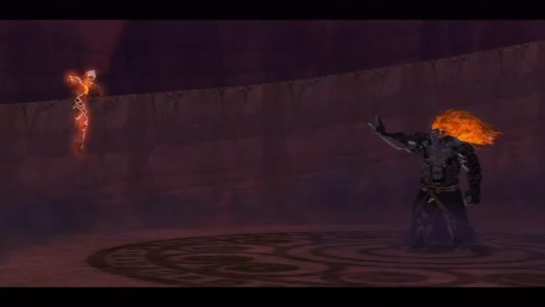 Phantom Zelda in Spirit Tracks would have counted, if she wasn’t seen floating through the title screen. Kinda ruined the impact of the moment.

There you have it, geek fans. What do you think? Did your moment make the list? Until next time, stay geeky, and keep gabbing! 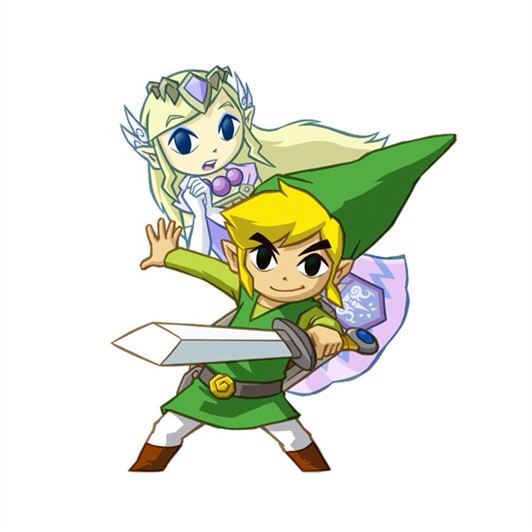