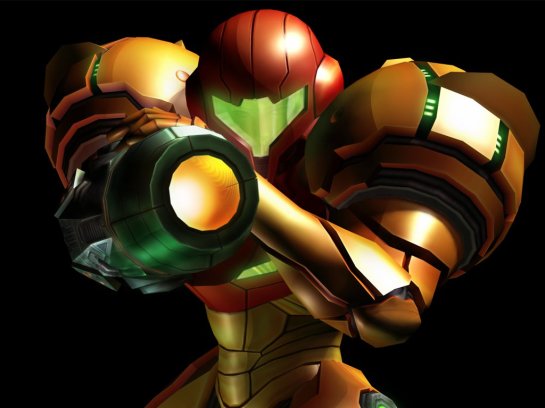 Greetings readers! What a glorious day it is! So glorious in fact, that we should take a moment to reflect on one of the most glorious gals of gaming of all time!! The last time I wrote a post about a glorious gal, newsreader…aka Elena…there were a few cynics out there that didn’t seem to find her quite as glorious as I do.  Shame on them for not being as well versed in obscurity as me. That, friends, is not my fault. And frankly, if we only took the time to highlight well known pieces of pop culture, what fun would that be? Who learns from that? No one. But it made me think about all the times that the masses may have been waylaid by pop culture. So today I decided that we should celebrate the very first Crying Game moment of video games and talk about not only the time everyone was shocked by the secret ending, but also the most badass bounty hunter ever to grace our consoles. No not Baba Fart…the one, the only, the iron maiden herself, Samus Aran. 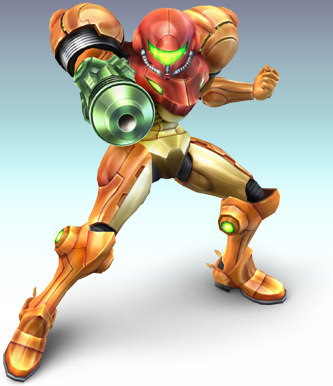 First let me just clairfy, for some that may not know who I speak of, her name is not Metroid. Metroid is the name of the game, and the name of an alien species in the game. The final boss of many, if not nearly all, of the games. Think facehugger meets jellyfish. The real stuff of nightmares. In the same case that folks think Link is named Zelda, most folks think Samus is named Metroid. This may be enough for an argument that Nintendo needed to market it’s lead characters better, but that’s a topic of discussion for another day. So for a final bit of clarity, I have included the images below. 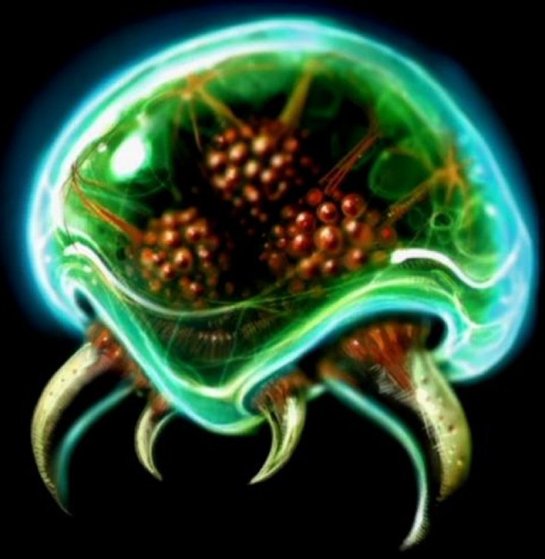 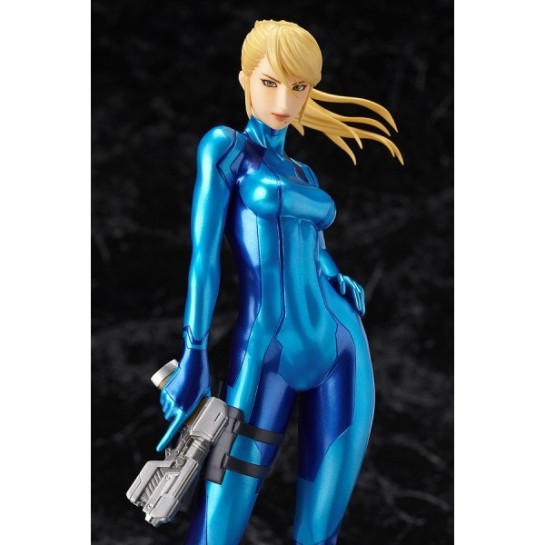 Smoking hot Samus Aran in the Zero Suit. Nintendo came up with her so we would finally all understand what was under the Varia Power Suit…as the following was not necessarily enough for some people. 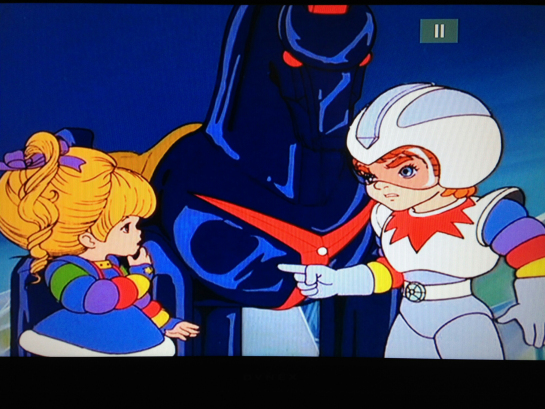 Obscure reference to one of our earlier articles 🙂

Now that we’ve got her name straightened out, let’s talk about the elephant in the room. The fact she’s a girl. Back in 1986 when Nintendo released the original Metroid on the NES/Famicon, it was pretty much unheard of that any kind of videogame, marketed primarily to young boys, would have a female protagonist. Girls don’t play games, and when they do, they have their own games! 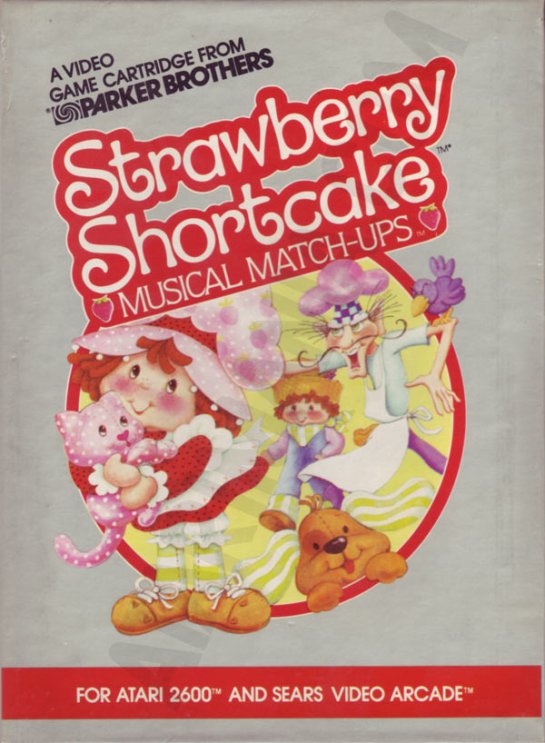 Nintendo knew this, and didn’t want to let the pussy out of the bag, so to speak, so not once throughout promotions, press releases, the instruction manual, or anytime during the game did it ever say that the hero, Samus was a female. It also didn’t say directly she wasn’t either. Not was actually ever said, but the industry, and our culture being driven by predominatly male influence, we, the gamers all come to the assumption that the character is naturally a male; just as dogs are boys and cats are girls.  Imagine the shock, awe, and dismay when upon completion of the game, we were treated to…

Yep. Samus is a girl. Eat it. Nintendo had huge success of Metroid, and it spawned several sequels. Metroid II: Return of Samus was released for the original (yes the many shade of green) Gameboy, and then Super Metroid for the SNES. For all the youngsters out there that I might be speaking gibberish to, think Castlevania:Symphony of the Night meets Mario, meets Star Trek. And if that’s not enough to get you to try out the franchise, play Metroid Prime, originally released on the GameCube (and the sole reason I owned one). This game not only redefined the franchise, but it was an inspiration to many, many games to follow.  Like Bioshock? Like Fallout 3? Like Dead Space? If you haven’t played it, you need to, as it is easily the greatest game ever to hail of the franchise, it’s hands down the best game experience the GameCube had to offer…(my opinion includes the once exclusive release of Resident Evil 4) 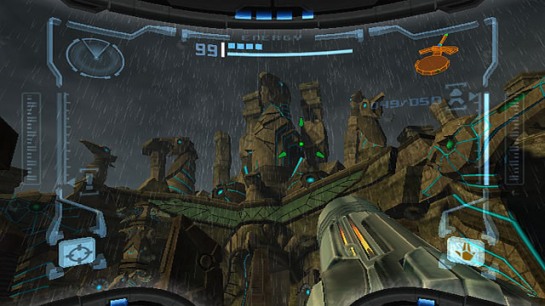 Prime opened up the depth of the universe and allowed us to learn more about Samus, and her past.  She was born on a mining planet that was invaded and destroyed by space pirates; an orphan, she was raised by the Chozo on the planet Zebes who infused her DNA with that of the Chozo to build resistance to many environments, trained her as a warrior and bestowed upon her a Power Suit comprised of ancient artifacts of the Chozo. Now a bounty hunter employed by the Galactic Empire, Samus and her Gunship embark on a variety of missions to save the universe from Space Pirates, metroids, and other nefarious entities.

Other games in the franchise include, Prime 2: Echos, Prime 3: Corruption, and Metroid: Other M, released on the Wii and left the same kind of distaste in one’s mouth that Alien Resurrection had for that franchise.
Samus has also appeared in all of the Smash Bros. Titles as a playable character, and one of my top three faves; along with Zero Suit Samus as an unlockable in Melee. 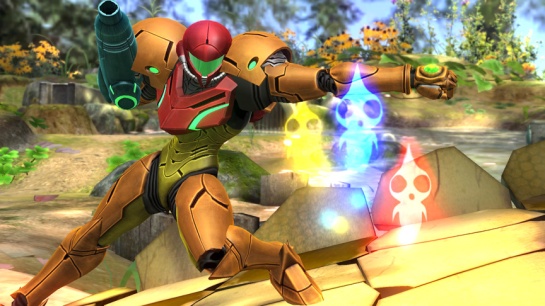 Well guys, all this talk about her and I feel the need to dig out my GameCube and, start over a play through of Prime. The only other game that competes with my soul for the title of Best Game Ever.  The other being Final Fantasy7. But that’s a topic for another Glorious day. 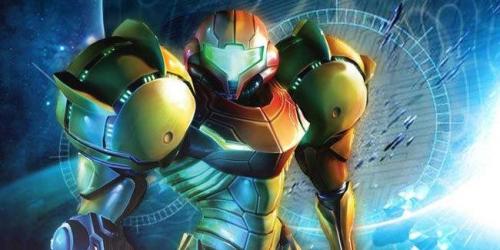