Greetings, geek fans! Time for the return of Top Five Tuesday! Today’s countdown, if you couldn’t tell from the title, will be on roles played by the great Eliza Dushku. I’ve enjoyed her in everything I’ve seen her in, and though I have yet to see Tru Calling, I’m sure she’s good in that as well. Let’s get right to the list. Let the geeks begin!

First off is a guest appearance. Now, I prefer Eliza as a leading lady, but she did a great job with a relatively small role. Howard, needing clearance to go to the space station, warns his friends that someone will be contacting them. That someone is Agent Page of the FBI. Raj, unable to speak to women unless inebriated, has rum cake, and ends up throwing up on her shoes. Leonard ends up hitting on her. Sheldon, in true Sheldon fashion, bitches about Howard’s shortcomings without really answering any of her questions, and even files a complaint with her superiors. Despite all of this, she remains professional. 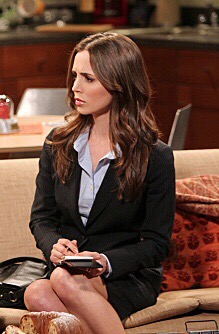 Second is Eliza’s role as leading lady, and cheerleader in a movie about a geek who transforms himself into a cool kid at a new school. Danielle hangs with him, and he falls for her. He even gets a private bikini shopping montage. Danielle gets her own character arc as well. She does from clique cheerleader, to someone who remembers her old friends, and socialized with them again, much to the surprise of the student body. While not her greatest or classiest role, she gets a great deal of screen time, and brings it the whole time. Speaking of bringing it…

Third place is actually the second role I originally lived Eliza in. This movie has a special place for me and Bevianna. We watched it on tv during difficult times. That year for X-Mas we got it for each other on DVD. That was a fun round of present opening that year. Despite the fact that when she appears on screen, everyone assumes she’s a dyke, Missy is the same type of character that Eliza usually embodies; strong, independent, and kind of a badass. She becomes friends with Torrance, and even brings a moral compass to the squad, getting them to be original rather than continuing to use the stolen routines they’d be using until she arrived. She’s a worthy costar for the film, and it would have been weaker without her in it.

This was a tough call. I almost put this as number one. I still may declare it a tie for top slot. For those unfamiliar with this particular gem, I strongly suggest you watch it. It’s a simple premise, but has so much depth it almost hurts. A facility full of people who’ve been wiped clean, and can be implanted with any personality or training that the client desires. These “dolls” can be anything from a sex toy, to therapist, to sniper, crook, negotiator, you get the point. It allows Eliza to show a wide range of talents while still giving her “blank self”, Echo, a personality of her own. She is believable in each of the personas she portrays and makes each of them original, rather than just Echo in a whatever outfit. It’s one that I need to watch again, as there’s always something new to find each time.

Here we are, the number one slot. It should surprise anyone. I gave Faith the edge for two reasons. First, it’s Buffy’s 20th, and two, that means we’ve had access to this character for 18 years. Faith is the third Slayer we see on the series, and some would argue she’s the best. Granted, her arc in season 3 has her going from Slayer to right hand of the big bad. At first you think she’s just a loose cannon, but when she accidentally kills an innocent, and tells Buffy that she doesn’t care, we see she’s going downhill fast. An attitude of “want, take, have”, gets her quite far. My favorite moment with Faith though is when she returns and switches bodies with Buffy. We then get to see Eliza play the good Slayer. It’s a spectacular performance. Some would say Faith is better as a redeemed character, and good girl. I’m not one of them. Much as I have an affinity for villains/bad boys, I have an affinity for dark Faith as well. Relating to the dark characters gives us a chance to embrace the darkness within, while in the confines of a fictional universe. Want, take, have may work for Faith, but not for Joshie. That doesn’t stop me from loving Faith, Eliza, and the many badass characters she has and will portray. Until next time, stay geeky, and keep five by five. 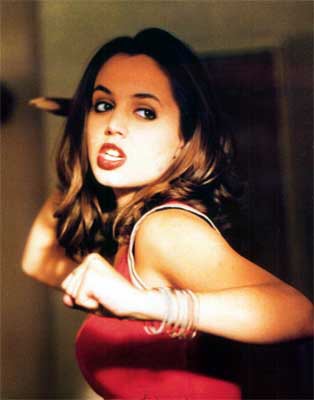