Greetings, geek fans! As fans of our site know from our Pride Post on Apps, and etiquette, I’ve been back in the dating pool for a few months now. Today we’ll be discussing things that may challenge your current view on love and relationships. For the record, I’m not attacking, judging, or pushing any particular lifestyle. I’ve had time to reflect on myself, as well as observe things I’ve noticed during my looking for love adventures. I’m going to share some of those observations, as well as some personal info on yours truly. To those who ask why I share what I share, I feel it helps our community to know we’re not alone in our thinking or experiences. As always, my goal is to entertain as well as educate. Let the geeks begin!

As seen in the picture above, there are several options that one is able to select when listing relationship status on certain apps. I’m gonna touch on some, but not all of them. Mostly the ones that I have personal experience or knowledge about. Let’s start with the first, and most obvious, Single.

Single is fairly self-explanatory. You are one person, searching for another. If you’re single, you’ve either never had a relationship, or you’ve been in one and it ended for whatever reason, some of which were included as status options. Widowed, Divorced, or Separated, the fact is the same, you no longer have that special someone in your life. Personally, I don’t see the reason to use those three, short of the fact that it does provide a certain amount of information for the people who may be browsing your profile. You don’t have to explain that you lost the person you held dear. It says that you’ve been through, and may not be over, a tough time. Back to the singles though. Most of us are in committed relationships with our tv shows, games, cats, hands, toys, and for whatever reason, we decide we need actual human companionship. That can either be because we’re horny, and in search of sex, which is fun, but can get old. Don’t get me wrong, sex is a part of life, but it isn’t the reason we couple up with people. Ultimately, we all want a campion that we enjoy and who enjoys us. It isn’t that we no longer love our hand/fleshlight/dildo/vibrator, but we want more. I’ve spent the majority of my out adult life, single, and I can say from experience, we as single people want someone to share our lives with. To no longer feel lonely. We want to have a person that enjoys the same things we do, challenges our point of view, or can teach us new things, allowing each of us to grow as a person in a way we wouldn’t have on our own. 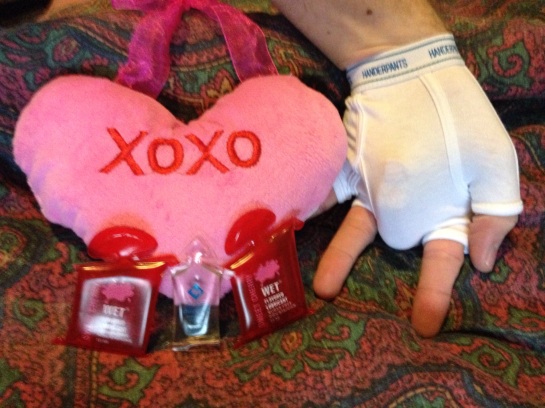 The rest of the categories can get a little tricky, so I’ll break them down into specifics. We’ll start with the one that everyone usually has the most experience with, Monogamous Relationships.

Monogamy is something that we learn subconsciously from a young age. We have mommy and daddy, mommy-mommy, daddy-daddy, or what have you, but we know that they are there for each other, and pending affairs or divorce, they’re the only ones we ever see each of them with. Tv, books, movies, all show the same thing, happy couples that have finally found “the one”. It teaches us that we should be looking for the one for us, and our lives may not be complete without them. Generally that lesson is geared more to (heterosexual) women than anyone else, but it’s still there. You find the one, you date, you become exclusive, you get engaged, and eventually married. Through this entire process, you maintain your fidelity, and never stray. After all, that’s what we’re taught. If you slip up and get any on the side, you are judged as scum for not following what society has decreed normal behavior. I’ve had relationships where we each were monogamous the entire time, some where he cheated on me, and I’ll admit, some where I cheated on him. I’m not proud of it, and won’t go into too much detail. I will say that I was in an unsatisfactory, and somewhat abusive relationship that had left me physically and emotionally starved. I had a very platonic hug with a friend and it gave me an erection. Later, with someone else, I was given the chance to cheat, and I did. I had needs that weren’t being met, and had to do what was right for me. Monogamy can work, but it isn’t for everyone, and that’s ok. The rest of these aren’t for everyone either. 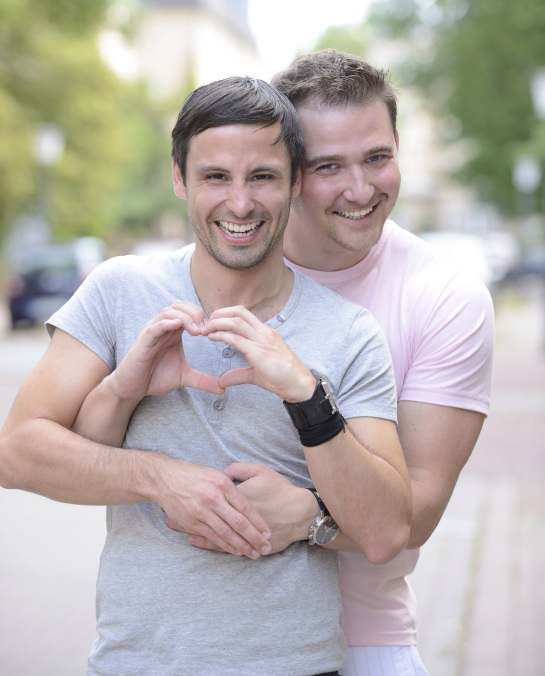 This leads to our next option, Open Relationships. In an Open Relationship, you’ve found a person to be a couple with, but you’re still allowed to sleep with other people on the side. The difference between this and cheating, is that both halves of the couple are aware of the arrangement, and it applies to each of them, not just the man. These relationships tend to confuse the majority of people. It’s hard to comprehend that both members of a couple would be ok with their partner sleeping around. This isn’t a relationship I have personal experience with, but as anyone that has watched the US version of Queer as Folk will tell you, that’s the sort of relationship that Brian and Justin had. Each of them are committed to each other romantically, but can go get laid on their own, or together. Having the occasional threesome can be fun, and allow you to keep your relationship interesting, or try to keep it from dying, but it is distinctly different from the next relationship type I’m gonna cover, Triads.

As the name suggests, a Triad is a relationship consisting of three people. Unlike an open relationship, a Triad consists of three individuals that are committed to each other exclusively. I’ve never been in a Triad myself, and don’t personally know anyone who currently is. I did once, but their relationship imploded, and one was forced out. For the sake of their privacy, that’s all I’ll disclose about the situation. Their story isn’t mine to tell. What is mine to tell falls under the last category, but isn’t one listed from the picture above, Polyamorous Relationships.

Polyamory is another of the misunderstood “alternative lifestyles” out there. A Polyamorous Relationship is one where each member of a couple may have their own secondary relationships in addition to their main one, if not more. People often mistake it as an open door where anyone can come and go as they please, or people just want to sleep around. That isn’t how it’s been in my experience, or the experience of the people I know. Yes, relationships can be added or subtracted, but it isn’t w/o the knowledge of the others involved. A Polyamorous Relationship can be more complicated than the others, as it has the potential for more people to be involved, and as such, more people who can get hurt if things aren’t handled properly. Communication is the most important factor in a Poly relationship. Well, any relationship, actually. Allow me to share a personal story from my recent past as an example.

Once upon a time, your Joshie had been engaged, and had a live-in fiancé. For the privacy of those involved, we’ll call him Joey. After being with Joey for several months, I met his friend, Andy. There was an instant attraction to him, and lust as well. I was compelled to know what it was like to sleep with him. Having known Andy for years, and also having slept with him himself, Joey actually talked to Andy about it, and gave his blessing if it was something Andy wanted to pursue as well. Andy did, and we arranged to get together. I had Andy in my room, while Joey hung out in the living room. Instead of it being torrid and passionate sex, Andy and I ended up talking, while nude. He shared some of his past, feelings, and insecurities. I offered physical and emotional comfort. We did end up getting off, but it was more love-making than just the sex we’d initially both intended. That’s where trouble started. Andy and I started hanging out, and going out on unofficial dates. Despite the fact I still came home every night, Joey got jealous, as this wasn’t what I had asked for, or he’d initially agreed to. I couldn’t help myself, it wasn’t lust, it was love I was feeling. It was that exciting, new, anything can happen love, and Joey wasn’t having it. In hindsight, I see where he was coming from. His jealousy, and possible insecurities, eventually drove Andy from my bed, heart, and life. Those who’ve read Pride Post – Suicidal Tendencies, located here – https://gaygeekgab.com/2015/07/08/pride-post-suicidal-tendencies/ , this is the relationship I wrote of. I was as devastated as I’d ever been, and didn’t see how I could ever repair the damage I’d suffered. Joey was still there to help me pick up the pieces, which made me feel like an ass to have my fiancé help me grieve over the loss of my lover, especially as he’d triggered it, but it was what it was. The ordeal with Andy had taught me something about myself, in that I was able to love two people in similar, yet different ways. After a few months, we were able to open up a dialogue about our relationship, and what we wanted from it. We determined that as our love had survived that, there was still something missing, and we set out to find ourselves a third, or possibly a second for each of us. Our relationship ended, as while searching for another, we neglected to work on the relationship we were already in.

Getting back to my original point, there’s no option for Polyamorous on the sites/apps I’ve used. You can say you’re widowed, but not that you’re Poly. The closest they have is “It’s Complicated”, but that sounds more like you fell for your ex’s brother or something. Having been able to admit to myself that maybe I’m not just looking for Mr. Right, but possibly Mr. & Mr. Right, I’ve noticed more people out there waiving their Poly flag high. This flies in direct contrast to the hetero-normative monogamy that I touched on earlier. It almost feels like as Poly people we need to come out yet again, but as Brian Kinney teaches us, unless it’s your dick I’m sucking, then it’s none of your goddam business. At the same time, the only way for any group or people to gain acceptance is through exposure and visibility. As long as everyone is consenting adults, I think relationships fall under the Wiccan Rede of do what you will, but harm none. I don’t do religion, but I live my life doing right by the people I meet, by my morale compass. Whatever category you currently or previously fit in, just know you’re loved, and will find it in your life exactly as you are. We’re out there. You do not need to sacrifice yourself to make others happy. Do what is right for you, and those you love. Everything else is gravy. Until next time, stay geeky, and keep gabbing!