Greetings, geek fans! We’re less than a week away from X-Mas, and I’m still giving you your gifts early. Rather than reviewing my three favorite versions of A Christmas Carol, I’m going to rate one of the main characters each day, and you already know this. Today I cover the Ghost of Christmas Past. Let the geeks begin!

Rather than drawing from their extensive list of muppets to play one of the main spirits, the workshop created a new creature to get the job done, which is the case with the other spirits as well. They made what appeared to be a little girl doll, half Scrooge’s size, complete with flowing robes, and creepy voice. She’s a testament to their effects team, but personally, she’s my least favorite of the spirits in their version of this story. I can’t get past the creep factor. She resembles modern designs of female Japanese sex robots. All T no shade. Muppet Spirit of Christmas Past, sashay away. 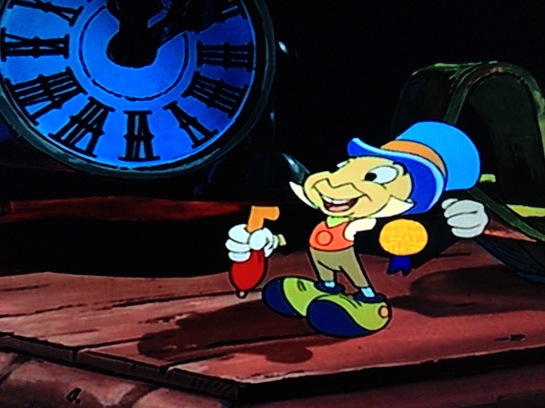 Oh, Mickey’s, you seem to be doomed to second place so far. I hope you manage to pull ahead. Sadly, you won’t be doing it with your casting choice for Christmas Past, Jiminy Cricket. Don’t get me wrong, he’s great as a conscience for a living puppet, and he’s proven to have journal keeping skills with Sora and the gang, but as a guide for Scrooge, I just don’t buy it. I mean, he’s better than the sex doll the Muppets used, but Scrooge at this stage in his journey isn’t going to listen to a bug, he’s gonna want to squish it. Jiminy tales him to his past, shows him the love of his life, and how he broke her heart. That’s the only real example of Scrooge’s past we get, as Disney ran it as a twenty minute cartoon, as opposed to even say, forty-five minutes, so a lot had to be cut that others left in. In any event, we do get a laugh or two at young Scrooge before the separation. At the end of it all, Scrooge just wants to go home. Stick to puppets, Jiminy.

We’ve saved the best for last. See what I did there? Cause Vanessa Williams, actually, you know this already. On to the diva! Crown jewel of the movie, save for Vanessa/Ebony herself. The Ghost of Christmas past is none other than the hilarious Kathy Griffin, who I’ve seen live twice. Bitch does not disappoint when it comes to entertaining. This ghost is no different. She gets to be funny, snarky, and fashionable. She gets the best one-liners, and Miss Kathy sells each one of them. Rather than Scrooge spending his boyhood at school studying, Ebony is at school practicing her scales. Kathy quips that she must really love it. *snap! Too bad Ebony is thin on Christmases worth remembering. *double snap! The best comes when she takes Ebony back to Desire’s make or break gig in 1988. Miss Kathy comments how the harmonies are predictable, since where she comes from Billy Holiday duets with Otis Redding, she’s qualified to judge. *triple snap! As they travel to another Christmas, Ebony asks what if the spirit drops her. Kathy retorts that would suck for her, it’s a long way down, then does, just for fun. *Z-Snap! Miss Kathy for the win!

Tune in tomorrow for The Ghost of Christmas Present as my Christmas Carol Countdown continues. Damn, I love alliteration. Until next time, stay geeky, and keep gabbing!